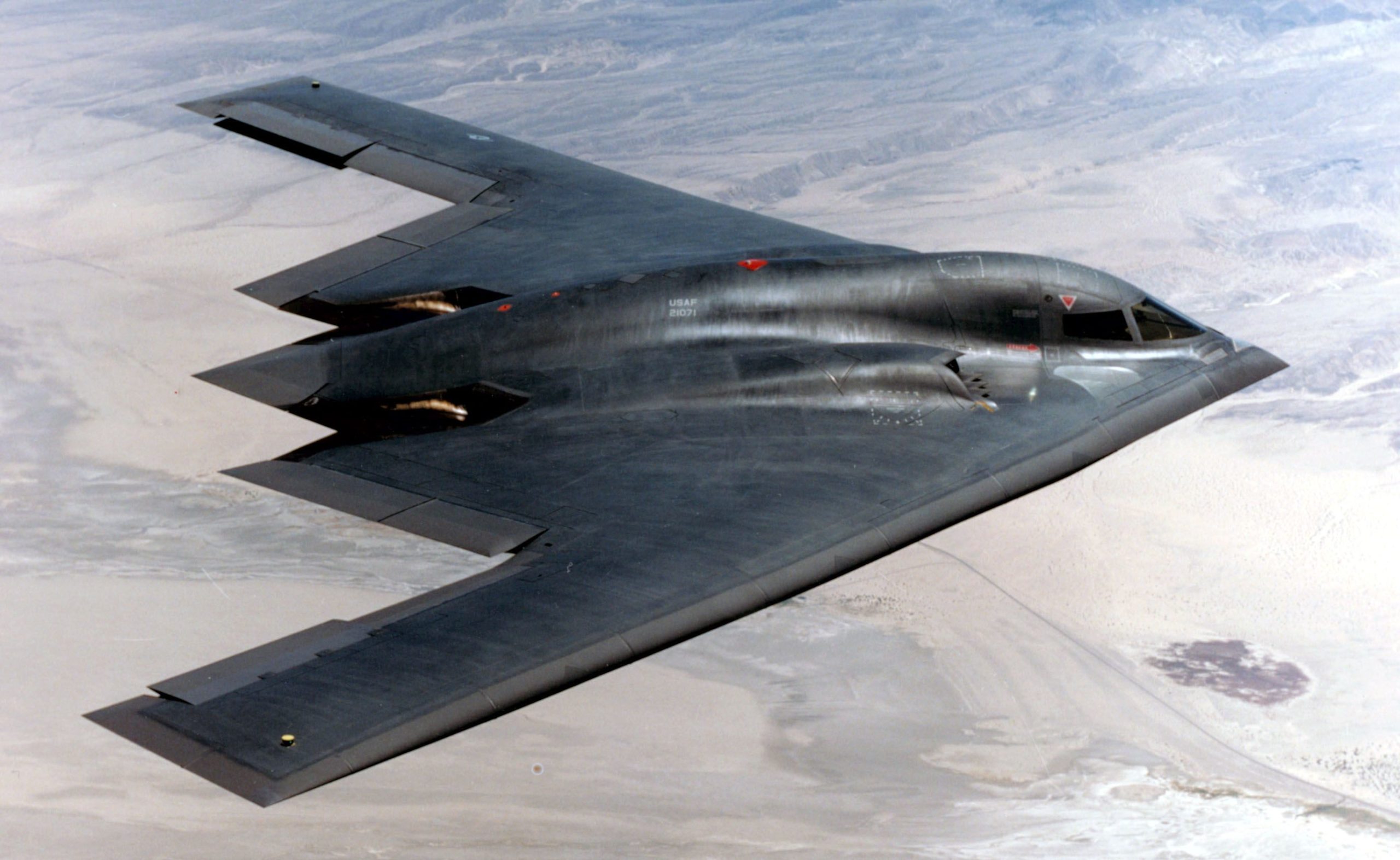 BURBANK, Calif., Sept. 12— At least 160 manufacturing workers at a Lockheed Corporation plant here, many of whom are believed to be involved in building a top-secret fighter, have become sick, spawning a whirlwind of questions that begin with the materials used in the plant.

In a wave of lawsuits seeking financial compensation, the workers say they are suffering health problems ranging from nausea and minor rashes to disorientation, memory lapses and cancer. Their suits contend that their illnesses were caused by their work, specifically, they say, by exposure to chemicals critical to the manufacture of the plant's highly classified research and development projects.

Five plaintiffs have died, their lawyers say. Denial by the Company

In legal documents, Lockheed denied the charges and said further that the plaintiffs knowingly assumed any risks that may have occurred at the plant. But company officials declined to discuss the charges. ''It's company policy not to discuss issues involved in litigation,'' said Rod Hanks, director of human resources at the Burbank plant.

He added that workers had made health complaints against the company from time to time but that never in the plant's nearly 50 years have so many complaints been made at once.

In an effort to limit detection by radar, the fighter, which aerospace experts call the F-19, or the Stealth fighter, is believed to use some designs and materials similar to those believed used by the Stealth bomber being developed by the Northrop Corporation.

Union officials who represent workers here said they knew of no similar complaints by workers building the bomber. Work-related illnesses like those that the lawsuits say are happening here are nothing new in the aerospace industry, but the situation here is different because of the intense secrecy surrounding the fighter.

Workers are wary of speculating publicly about what may have caused their illnesses because they are not allowed to discuss their work. To do so would be to risk dismissal and prosecution for violating laws against disclosing classified information.

Indeed, workers say they are not allowed to fully explain to their own doctors what they think may be causing them to become ill.

Moreover, scientists familiar with aerospace manufacturing say that disclosing how the substances cited by the lawsuits are used could give other countries a glimpse of the process used to build the secret aircraft. The existence of the aircraft being built here, reported many times in newspapers and technical publications, has never been confirmed by the company or by the military. The Workers' View: 'We Are Guinea Pigs'

John Carpenter, the safety coordinator for District Lodge 727 of the International Association of Machinists and Aerospace Workers, which represents many plant workers, said, ''We are guinea pigs, and that's a fact of life here.''

He says he fears that workers are being exposed to chemicals that one day could prove as deadly as asbestos, the cancer-causing construction material that seemed harmless only a few years ago.

Two lawyers, Jeffrey McIntyre and Timothy Larson, together are representing the largest group of workers suing the company, 160 workers whose cases are pending in Superior Court in Burbank. Other cases, which workers here said could number as many as 30, have been filed in other state courts.

Workers and supervisors said in interviews that virtually all the sick workers worked in one area of the plant, an area employing several hundred workers at any one time. Lockheed and the workers' lawyers refused to give more specific figures on the proportion of sick people to that area's work force. The plant in all employs more than 14,000 people.

Mr. McIntyre charges that Lockheed ''acted irresponsibly'' by exposing its employees to chemicals that in combination may pose health hazards.

The lawsuits cite more than 50 chemicals, but neither the lawyers nor the lawsuits say how the chemicals are being used or in what combinations.

Workers here, scientists and others familiar with the plant's operations say that they believe the chemicals are critical to the manufacture of the Stealth fighter and that they are somehow linked to the illnesses. Trickle of Information: National Security

Although some suits were filed more than two years ago, their existence did not become generally known until reports last month in The Seattle Post-Intelligencer. Since then, workers say, company officials have tightened security and repeatedly warned employees not to discuss operations with outsiders.

''With the unlimited and often abused freedom which the media enjoys today,'' the company told workers in an internal memorandum in mid-August, ''it is imperative that we reinforce our standing 'no comment' policy regarding the release of information concerning our program.''

''You are obligated under U.S. Title 18,'' it said, ''to maintain the integrity of our effort to the best of your ability; anything less could adversely affect our national security.''

The Title 18 section of the Federal criminal code specifies criminal penalties for mishandling classified information related to the national defense. A Lockheed spokesman said in an interview that workers were free to describe their health problems but not their work.

But Franklin Mirer, health and safety director of the United Automobile Workers, which represents aerospace workers at other plants, said, ''You have to know both the material and how it is being used in order to know what effects it might have or to know whether the medical complaints of an exposed individual are likely to come from their job.''

So far, lawyers have engaged in only preliminary legal skirmishing, with few indications of the evidence that might be introduced in court. But among the court documents filed by Mr. McIntyre and Mr. Larson is an intriguing allegation: all the chemicals at issue were used at a single site here, the plant's Building 351.

Scientists and industrial hygienists familiar with the aeronautics industry say they can only theorize what might be causing the illnesses. But they are already focusing on a suspected culprit: composite materials that aerospace specialists say Lockheed is using instead of radar-reflecting materials in some of the fighter's structures.

While metals and other materials that readily conduct electricity tend to show up on radar, nonconductors like glass-fiber and carbon-fiber composites do not. Illnesses Elsewhere, But Without Secrecy

Government and industry scientists are beginning to find clues that these new materials, which airplane makers are increasingly using to reduce weight and thus save fuel, may be linked to chemical poisoning. In recent months at a Boeing Company commercial aviation plant in Auburn, Wash., that uses these materials, for example, state officials have been investigating an outbreak of illnesses, including nausea,

rashes, memory lapses and in some cases, blood in the urine. Many of the symptoms resemble those reported at Lockheed, union officials and physicians say. But the absence of the mystery surrounding Stealth technology has so far made it possible to deal with these illnesses without resort to the courts.

Dr. Gordon Baker, a physician who has examined more than 80 Boeing production workers since March, and others who have examined the reports, like Peter A. Breysse, suspect the cause of the illnesses is , phenoloic resin, a chemical compound that contains the suspected carcinogen formaldehyde. The resin and formaldehyde are not among the substances named in the Burbank lawsuits.

''We have little or no information on the combined effect of such chemicals, and that's where we face a tremendous problem,'' said Mr. Breysse, an industrial hygienist at the University of Washington.

Mr. Breysse, who is also vice chairman of the American Conference of Governmental Hygienists, said ''I have no doubt in my mind'' that the symptoms at Boeing were caused by exposure to composite materials.

Mr. McIntyre and Mr. Larson would not say whether composite materials at Lockheed were the substances they planned to argue were causing illness there. They also recommended that their clients not talk with reporters. View From the Inside: Intense Environment

Several production workers and managers, some of whom are not involved in the litigation, discussed the plant's operations on the condition that they not be identified. In separate interviews, they described an intense environment in which workers handled experimental substances whose potential toxic effects were unknown.

''There's no one purposely exposing anyone to hazardous materials,'' said a manager. ''They just didn't know.''

A worker said most production workers were expected to wear safety masks and goggles, but when they smoked at their work sites they took the equipment off. The worker said supervisors, although near workers, almost never wore safety equipment at all.

Asked why Federal or state work safety inspectors allowed such conditions, a supervisor said: ''We know two weeks before OSHA's going to come.''

In Building 351, several hundred assembly workers and managers occupy a World War II-era, windowless, football field-sized hangar. It has a single, guarded door, which is always closed, and no air conditioning. The only relief from the sometimes stifling heat comes from floor fans.

As a security measure, the walls are covered by rubberized curtains. ''Those curtains are saturated with dust, and the dust consists of every chemical in the building,'' a worker said. 'It Was Like Snowflakes,' Ill Worker Says David Gatzka, 48 years old, worked as a grinder for 23 years, the last seven of which were with Lockheed. For much of his time here, he said, he shaped composite materials on a lathe-like machine.

''My bronchial tubes are all burned out,'' he said, explaining why he took extended medical leave from the company in 1986. Mr. Gatzka, who is being represented in his suit against Lockheed by Steve Mazin, is now barely able to talk without coughing.

He said he worked much of the time without a suction device to take loose particles away from the composite-shaping machine and its operator. And he said the plastic protective shield on his grinder that was supposed to keep particles away from him did not fit properly.

Mr. Gatzka recalled working for about ''two days on this one-eighth-inch-thick white composite material; then I said I wouldn't do it anymore.''

''It was like snowflakes,'' he said. ''You could see these things fill the air all day long.'' He added: ''It's not like asbestos - it takes 20 years until people get to the point they're dying from that. But this stuff is so bad it'll get you in a year. It's deadly and they know it.''